Carlsberg Launches Beauty Series For Men
… and I styled the images for the campaign.

Carlsberg Laboratories, the Research and Development arm of Carlsberg Breweries, has, together with cosmetics producer Urtegaarden, created a series of male grooming products made from real Carlsberg beer. 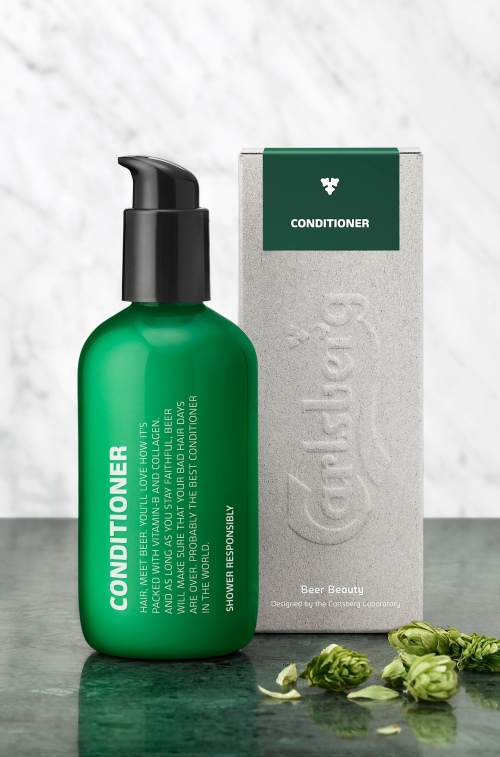 It is a fact that the main ingredients in Carlsberg lager – barley, hops & yeast – are rich in vitamin B and silicium – both of which are said to have beautifying properties for both hair and skin.

A survey conducted by Epinion about men’s grooming habits in the UK showed that 65% of men are daily groomers. Even though more than half the men surveyed spend over 15 GBP a month on grooming products, close to half still use their girlfriends’ or wives’ grooming products on a weekly basis.

“People sometimes say that men don’t care too much about grooming, but the survey tells a different story. Men do care about looking good, but they often seem to lack alternatives to the more female-friendly beauty options available. And what better way to give them just that, than to introduce a grooming series made from beer?” says Zoran Gojkovic, Director of Research, Carlsberg Laboratories.

The Epinion survey confirms Zoran Gojkovic’s assumption. In fact, half the men surveyed missed having grooming products that are made specifically for men.

Each product in the Beer Beauty series contains 0.5 litres of real Carlsberg beer. Carlsberg Brewmaster Erik Lund explains: “The beer is freeze-dried into a powder, and then mixed with organic ingredients in order to create a unique series of products: shampoo, conditioner and body lotion.”

The limited edition beauty series is available at this shop and through special events and consumer promotions.

One thought on “Carlsberg Beer Beauty”

Guess we will just stay inside today. Have a lovely grey and wet weekend out there.
%d bloggers like this: